I started by sketching some trees from a field  on to plexi- glass. I call this, "air tracing". Similar to layout or tracing paper, it allows me to design the painting's fondation. Once and for all I wanted to see which of my various reds is brightest. The strawberry shaped scrap paper became a dancing figure. I brought some leaves from my backyard hoping they would be added some how some way. They seemed to help complete the composition.

I rotated it to the right and included the ceiling light reflection from the Plexi-glass. This (top center) became an abstract design foundation for a new seascape. The light reflection became a sky and a photo of some buildings was added to the top. I added a small figure to the shore to show scale. The windows in the previous building now became wooden deck stairs. This is how "Beach Walk" 19 x 25 came to be. 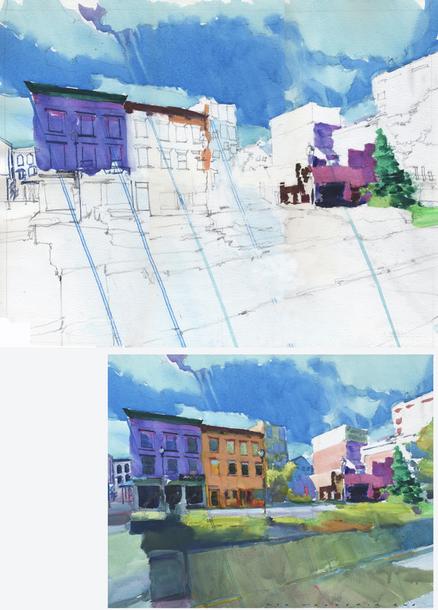 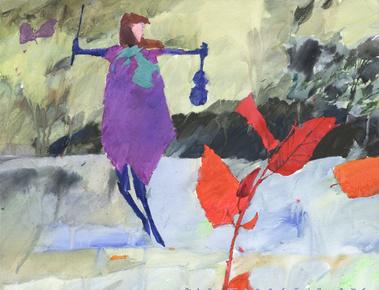 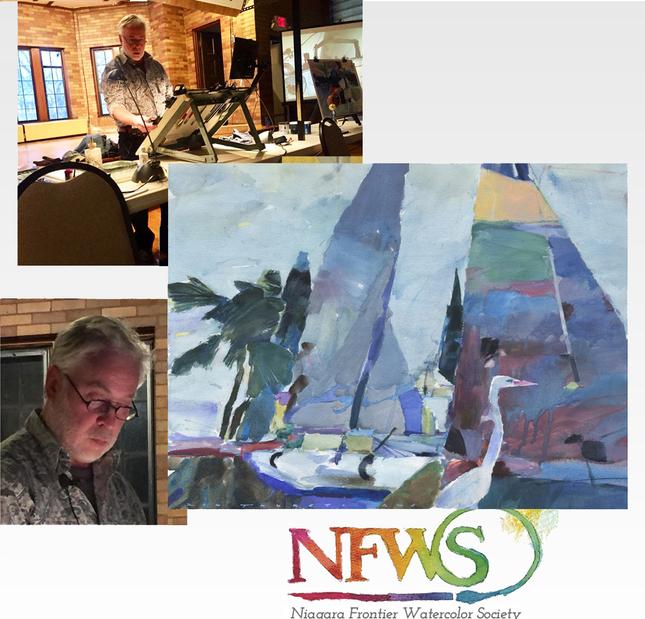 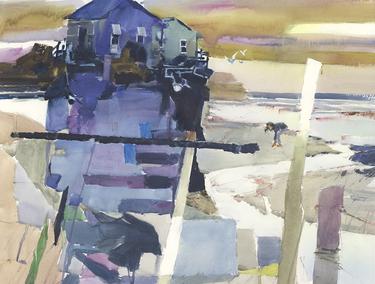 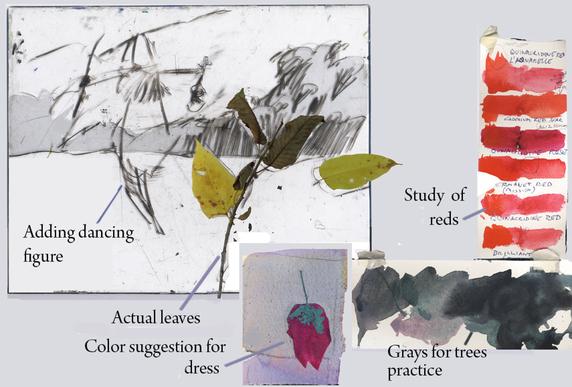 ​I worked on this class demonstration in watercolor and tempera 17 x 22. Six of my students also did various downtown Wheeling scenes in WV. I wish you could see their results.

My painting drips indicate the paper was at an angle. This was done purposely to let the direction flow down with the light source from the upper left. The sky was filled in first to attempt the thrill of the dramatic clouds before continuing the rest of the scene.

Some of my thinking mechanics are shown here. 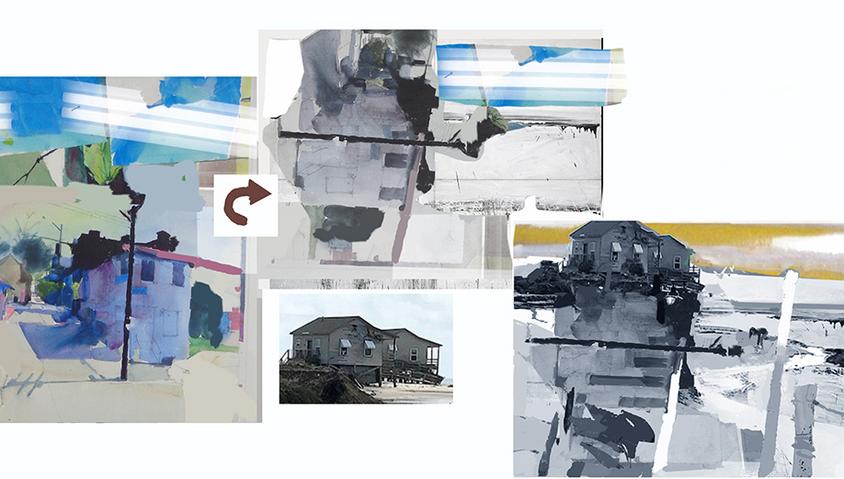 A Plein Air watercolor (on left) was done at what's

I was invited by the Niagara Frontier Watercolor Society to do a demo. This was special, being that I grew up in Western New York by the lake (Silver Creek), and it was good to be back home. So for the demonstration I chose a dockscape. The group asked many questions so I had to save the finishing sky wash for later.

A demonstration for my watercolor workshop at Touchstone Center for Crafts​ ​